Bridge Project today announced it is running digital ads targeting attendees of the National Council of La Raza’s Annual Conference in Kansas City, Missouri, highlighting the truth behind the subversive motives of the Koch-funded LIBRE Initiative — a Koch brothers Latino-outreach front group, whose political motivations run counter to those of the Hispanic community.

One of the ads will target the group’s executive director, Daniel Garza, whose past comments reveal the LIBRE Initiative’s true agenda. Garza has expressed outrage over DACA, the executive order protecting DREAMers, denouncing it as “pandering” and “dangerous,” and called DAPA — which would extend those protections to members of DREAMers’ families — “executive overreach.” A second ad will highlight a LIBRE Initiative spokesperson’s unabashedly offensive characterization of undocumented immigrants as “illegals.”

The truth is LIBRE Initiative’s sole mission is to promote the Koch agenda above all else — and it shamelessly does so at the expense of Hispanics, by actively campaigning against policies that would benefit the Latino community.

The digital ads are included below: 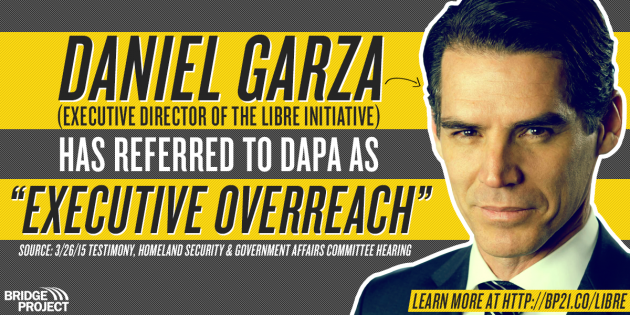 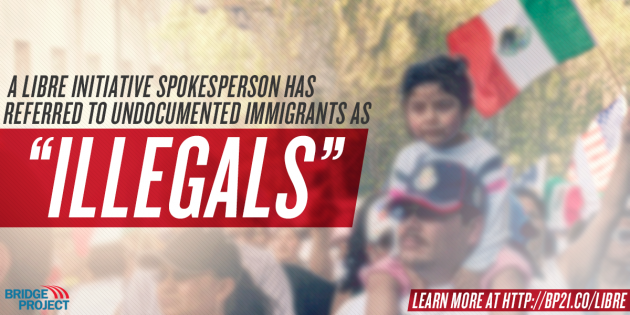