Smith and other Republicans refuse to acknowledge medical study after medical study that show their claims about contraceptives are unfounded. It hasn’t stopped the GOP — including Jeb Bush, Marco Rubio, and Scott Walker — from lining up to attack Planned Parenthood for political expediency. 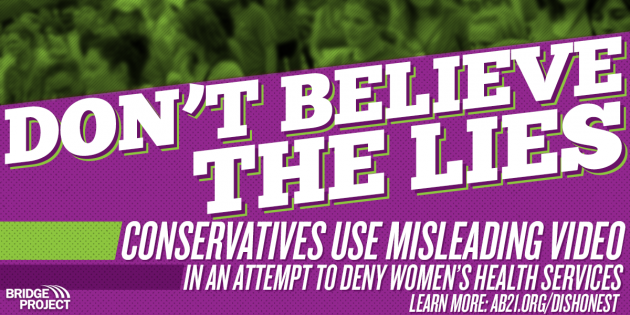 1998: Congressman Chris Smith Called For Using Resources At Congress’s Disposal To Come To A Conclusion How Birth Control “Chemicals” And The IUD Work, Out Of Concern They Might Cause Abortions. In a debate over the coverage of abortion and contraception in health care for federal employees, Chris Smith said, “Let me make it very clear there has to be a determination made, and maybe it is about time, with all of the resources at our disposal, we really came to a firm conclusion as to how some of these chemicals and how the IUD actually works, because, again, even Planned Parenthood and others will say on their web page that one of the consequences of the IUD may indeed be preventative of implantation.”

Statement Came As Part Of A Debate On Eliminating Coverage For Birth Control Methods That Had The Potential To Be Considered “Abortifacients.”According to Guttmacher Institute, “In what may prove to be a “dry run” for congressional consideration of EPICC, the House in July debated—and adopted—an amendment to a FY1999 appropriations bill offered by Rep. Nita Lowey (D-NY) to require federal employees’ health plans to cover prescription contraceptives if they cover other prescription drugs (TGR, Vol. 1, No. 4, August 1998). Immediately afterward, however, a surprise amendment was offered by Rep. Chris Smith (R-NJ) to exclude “coverage for abortifacients.” Although initially confusing, since the bill already prohibited federal funds from being spent on abortions, Smith soon made it clear that his intent was to exclude from the mandate intrauterine devices (IUDs) and ECPs on the grounds that they sometimes act to prevent implantation of a fertilized egg. He and Rep. Tom Coburn (R-OK) flatly declared these methods to be abortifacients, even while decreeing—in a glaring self-contradiction—that other birth control pills were not.” [Guttmacher Institute, October 1998]

Smith Said Many Birth Control Methods Cause Abortion. According to the Congressional Record, Smith said “Many of the chemicals, many of the devices that are now employed that are permitted under the Federal Employees Health Benefits Program do indeed result in many abortions, newly created human lives that are not permitted to implant in their mother’s womb.” [Congressional Record Page H5719, 7/16/1998]

Smith Said The IUD Was An Abortion Tool. According to the Congressional Record,  “I say with regret, that safe abortifacients like IUDs can be provided by the health care providers under the Federal Employees Health Benefits Program.” [Congressional Record Page H5719, 7/16/1998]

Factcheck.Org: Personhood Measures Jeopardize Access To The common, Everyday Birth Control Pill. According to Factcheck.org, “Because while the pill and IUDs mainly prevent pregnancy by preventing ovulation, they also can prevent a fertilized egg from implanting in the uterine wall. Since the personhood measures define a fertilized, but not yet implanted, egg as having the full rights bestowed upon a person, it would be questionable whether these hormonal forms of birth control would be legal.” [Factcheck.org, 8/15/14]

Personhood Amendments Prohibited Some Common Forms Of Birth Control, Including IUD’s And Morning-After Pills. According to the New York Times, “Specifically, personhood amendments bar some forms of birth control that prevent fertilized eggs from being implanted in a uterus, like IUD’s and ‘morning-after pills.’” [New York Times, 11/3/11]