Bridge Project is releasing an in-depth report on Concerned Women for America, another Koch brothers front group. While the Kochs try to promote an image of themselves as libertarians who stay out of controversial social issues, more than $11.5 million of Koch-connected money has gone to the extremist group CWA. CWA’s self-declared mission is to “protect and promote Biblical values” and to “restore the family to its traditional purpose.”

CWA garners most of their media attention through the outlandish statements made by the group’s leaders. Recently, a male CWA staffer wrote, “I wish that I was Bruce Jenner’s father,” and suggested that if Caitlyn Jenner had validation from a father figure, she wouldn’t be going through this “Caitlyn fantasy.” CWA staff has also criticized the Disney movie Frozen for empowering women while villainizing masculinity and “tearing men down,” and previously accused Harry Potter of “indoctrinating” students in “paganism and the occult.”

Although these absurd comments about pop culture may seem harmless, CWA advocates for policies that are extremely harmful to women.

You have to wonder what the Kochs’ libertarian and objectivist heroes (like pro-choice Ayn Rand) would think of CWA president and CEO Penny Nance, who equated access to abortion to the Holocaust, or of former president Wendy Wright, who called the morning after pill “a pedophile’s best friend.” It’s clear that certain Koch values are on the negotiating table: If promoting extremist anti-women’s groups like CWA helps to elect candidates who are sympathetic to the Kochs’ economic agenda, the Koch brothers are willing to abandon their libertarian principles. 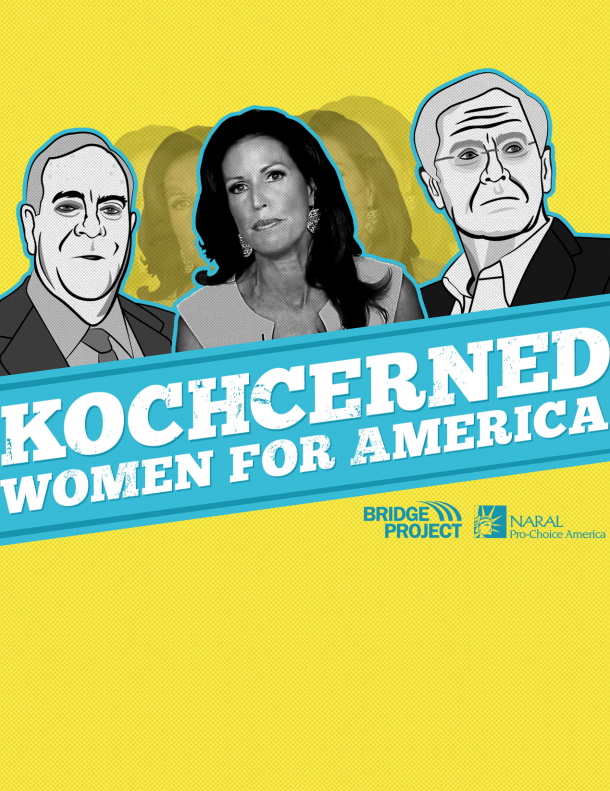