During his two and half years in office, Donald Trump has so far charged American taxpayers over $100 million for stays at his golf courses. Fresh off the launch of his reelection campaign, he’s at it again. Trump is set to spend the night at his failing golf course in Doral, Florida tonight, and he’s leaving taxpayers with the bill.

With business going so badly at Trump’s Doral course, it looks like Trump is eager to place the burden on taxpayers to bail out another one of his failing business ventures.

Tonight, Bridge Project is launching locally targeted Twitter ads reminding taxpayers that Trump keeps padding his pockets while forcing the rest of us to pay his skyrocketing bills. 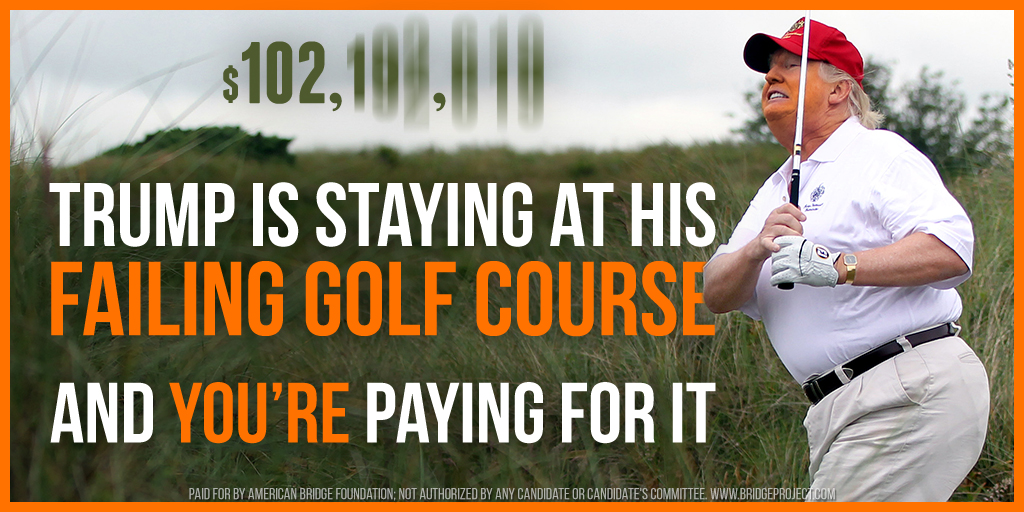