With Donald Trump set to return to Bedminster later today for yet another extended taxpayer-funded golf getaway, Bridge Project released a new video highlighting the more than $110 million Trump has cost taxpayers after just two and half years in office.

After repeated promises during the 2016 election that he wouldn’t “have time to go play golf” as president and would be “all the time working,” Trump has managed to take a record-breaking 202 golf outings since taking office. The president’s skyrocketing nine-figure golf bill includes more than $1.1 million in Secret Service costs and over half a million wasted on golf carts.

“Donald Trump is easily the laziest president ever,” said American Bridge spokesperson Jeb Fain. “His broken promises to work hard might be funny if he wasn’t leaving taxpayers with a $110 million dollar, and counting, bill just so he can bum around his golf courses.” 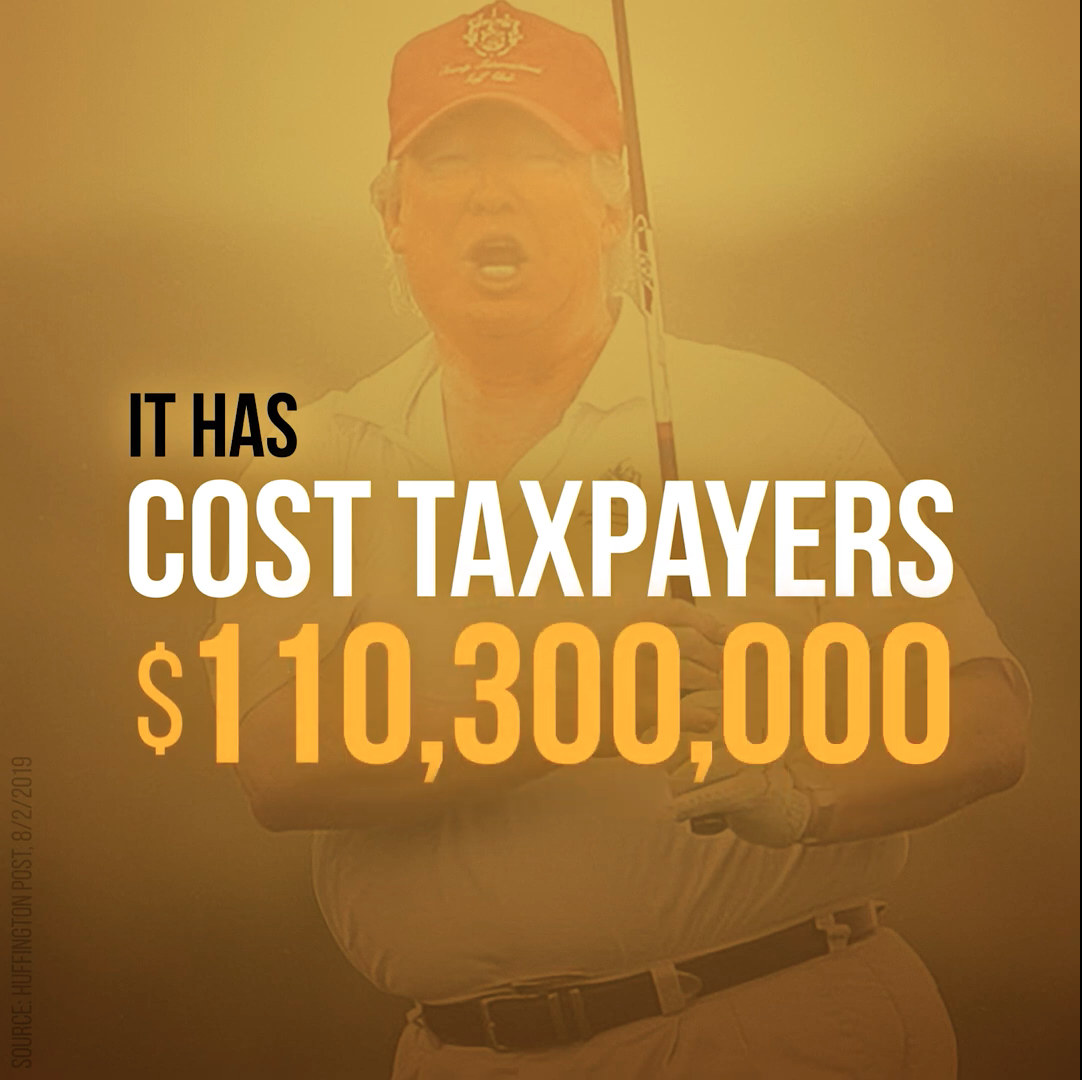