There’s a reason hard-line conservatives and right-wing groups cheered Gorsuch’s nomination: on issues from the environment to women’s healthcare access and workers’ rights, Gorsuch has always stood outside the mainstream, aligning himself with corporate interests and the far-right fringe.

“Neil Gorsuch is a right-wing ideologue who was hand-picked for the Supreme Court by far-right groups and the corporations and big donors that bankroll them. They want Gorsuch on the Court because he’s consistently elevated corporate concerns over the best interests of everyday Americans — and that’s precisely why Neil Gorsuch cannot be confirmed.”

Watch “Why Gorsuch Is Wrong For the Supreme Court” here: 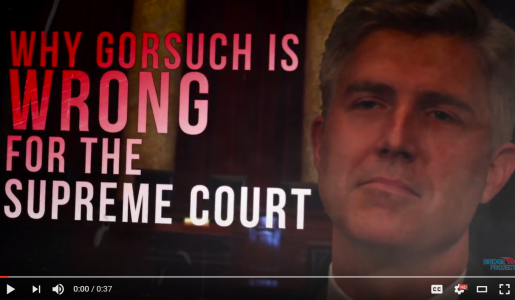