Judge Neil Gorsuch spent most of his first day testifying before the Judiciary Committee hearing by dodging important questions about his judicial philosophy and his stance on Supreme Court precedents. He tied himself in knots trying to hide his far right, pro-corporate record and prevented senators from holding a thorough hearing on his nomination.

The repeated dodges from Gorsuch today leaves us with only his record in private practice and his time as a federal judge to examine. During that time, he overwhelmingly sided with corporations and the wealthy at the expense of working Americans, he prevented women from accessing birth control, and he proved to be a Republican loyalist, leaving the country rightfully questioning if he can serve independently on the Supreme Court.

Gorsuch’s Supreme Court hearings aren’t off to a good start, and senators – and the American public – are rightfully calling his judgment into question. 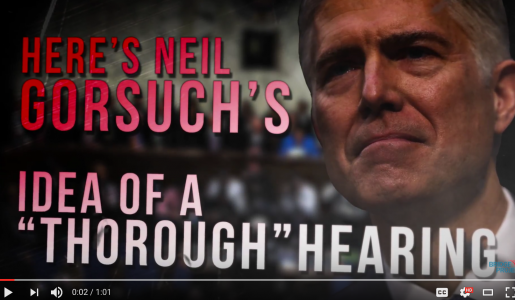